The Wall of Awesomeness

Sometimes I make the mistake of trying to include my kids on a project by asking their opinions or giving them a choice.  If I know exactly what I want to do, why do I ask?  Why?  So I asked my daughter if she wanted zigzags or polka dots on her display board (referring to the bathroom vanity doors from this post) and the answer, of course was neither.  She had her own idea.  She drew it up and presented this to me. 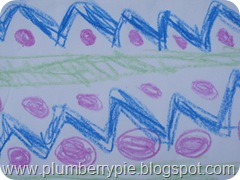 Not exactly what I had in mind and that would mean more steps in painting and creating a template, etc. Did I mention I’m a lazy DIYer?

So of course I try to convince her of another option, why not some cool wrapping paper?  I found two wrapping papers that were fun and colorful with the hopes that she would like them.  Look how cute they are!  Aren’t they?!  And so much easier than trying to paint her design, just slap that paper on with some modge podge and call it good! 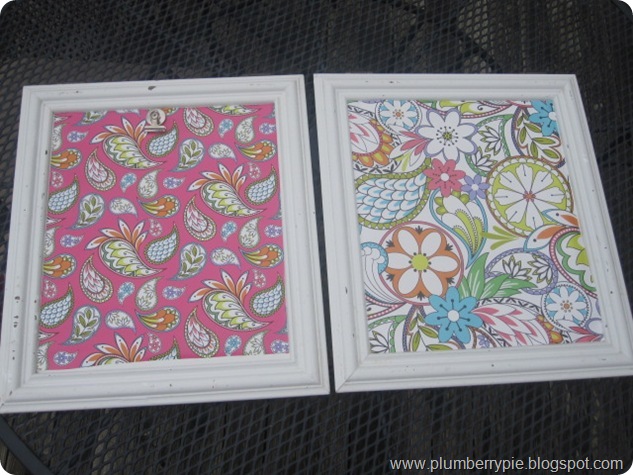 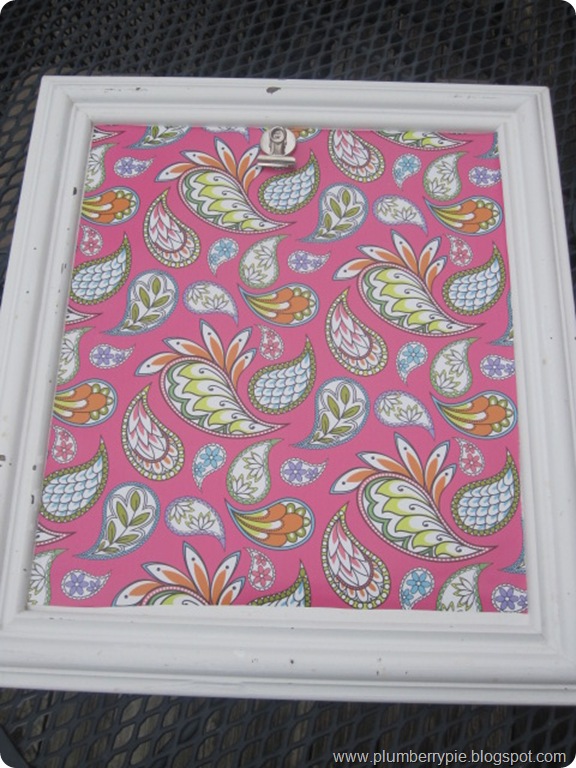 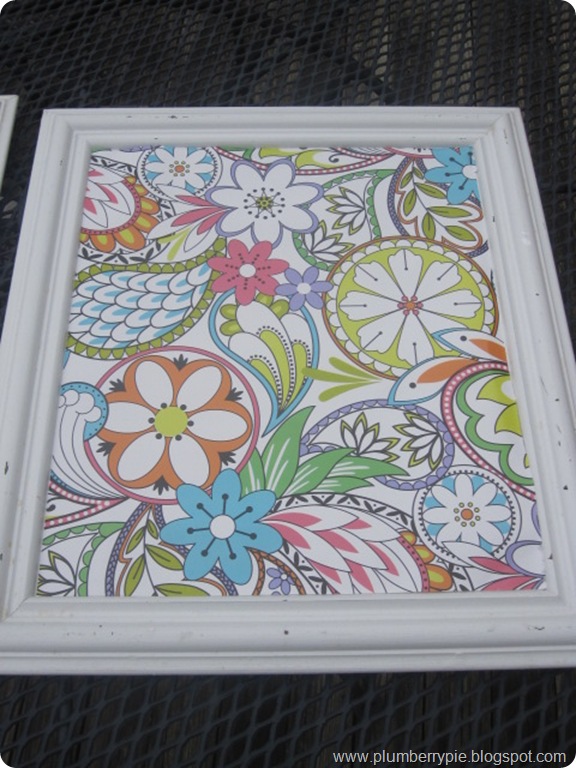 I knew she would say, “no” and she did.  Yes, I’m the mom and I could pull rank, but I hate to shut down her creativity on something that really doesn’t matter in the grand scheme of things.

So Friday afternoon, I painted the boys’ boards while they were at school.  My vision was crisp chevron.  I started to tape and apparently I don’t have the skills to create a zigzag with painters tape, so I removed the tape to start again and it took the white paint off. 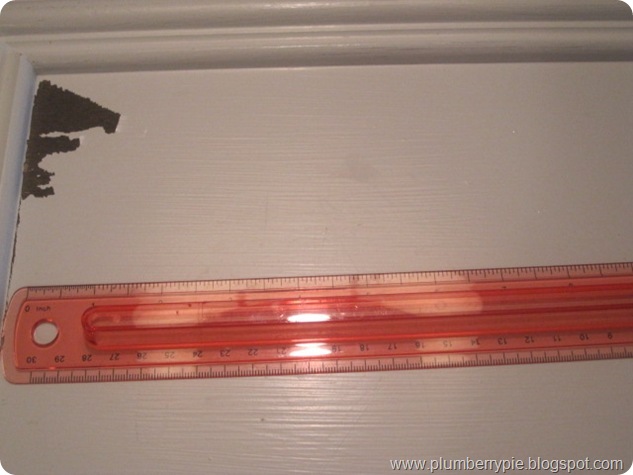 Ugh.  Again, lazy DIYer here, did not want to repaint the white so I decided to do that board in stripes to cover the mishap.  And knowing the tape would potentially remove the white paint, I conceded to a free hand, imperfect look. 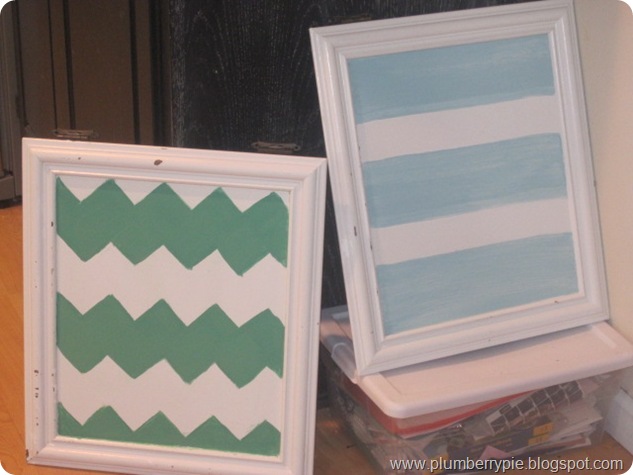 In the end, I let my daughter paint her own freehand as well.  She soon discovered that her master plan was not quite working out and she came up with something completely different. 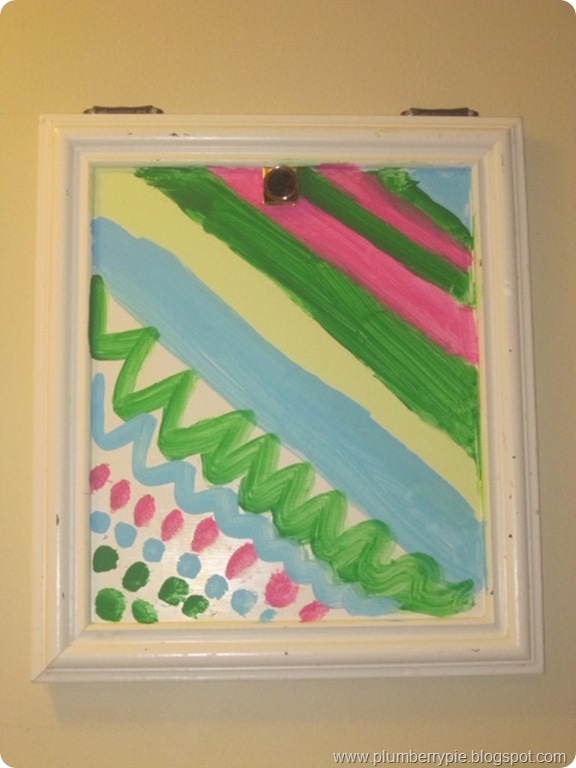 And here they are in their glory.

I hereby name this the Wall of Awesomeness. 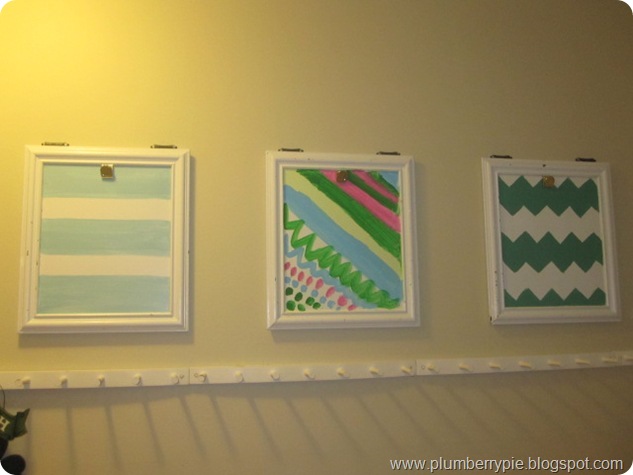 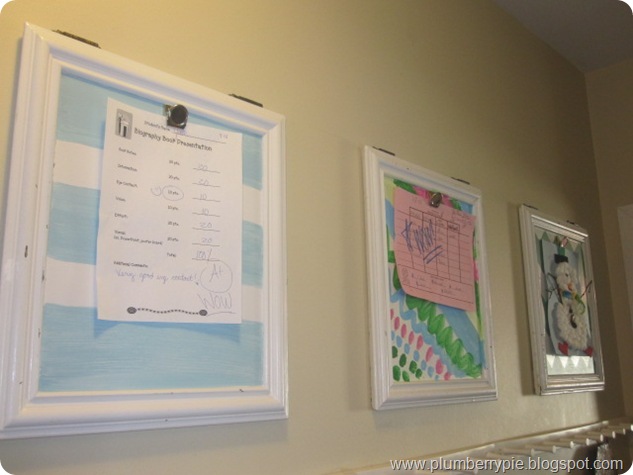 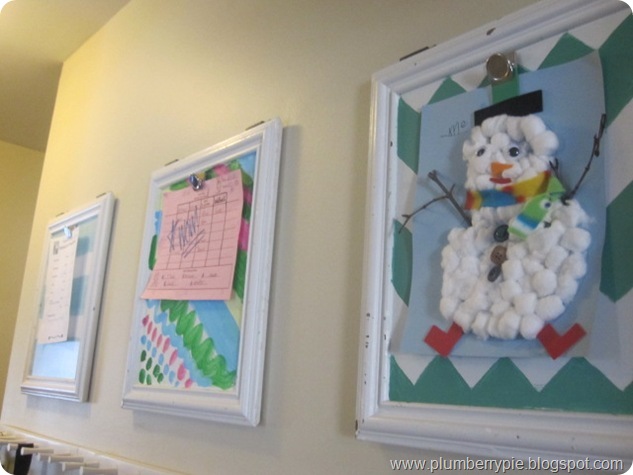 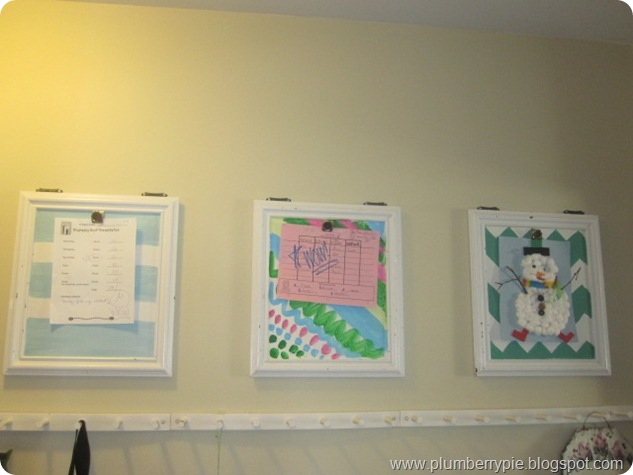 I pledge to rotate special achievements instead of collecting a mad mess of clutter.  My hope is for this to truly honor their achievements and give them pride in their hard work.

I am so happy to check this off my To Do List and even happier that this project cost me $0!!  The doors came off the vanity, used the hinges to hang them and used paint and magnetic clips we already had.  I love how they add life and color to an otherwise boring hallway.  Cannot beat that!

And as it turns out, I may have two more vanity doors to do because I just noticed the hinge has ripped away from the wood on the half bath vanity.  Stay tuned.