We played off the mystery theme and did fingerprint art as the craft.  The first thing I had the girls do when they got there was create a detective badge. 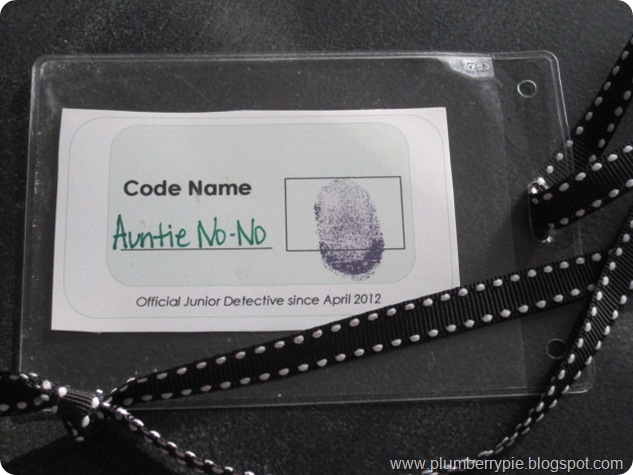 Next, they made artwork out of their fingerprints.  They really impressed me.  They all came up with super cute pictures.  Flowers quickly became the creation of choice.  Then they decorated their frames.  Michael’s had 12 packs of these cardboard frames for $1.  They used foam stickers and black and white polka dot tape and daisies also from Michaels. 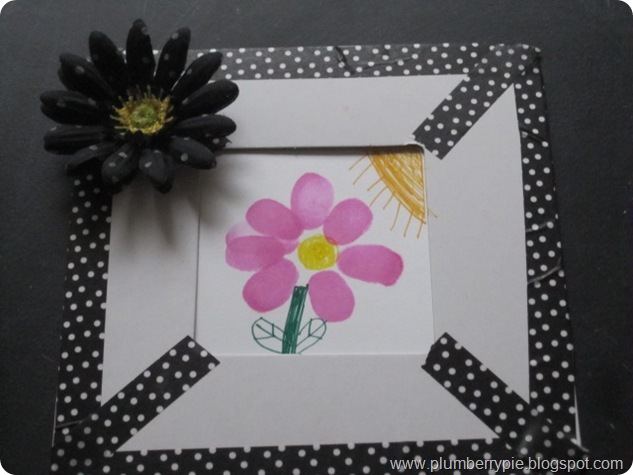 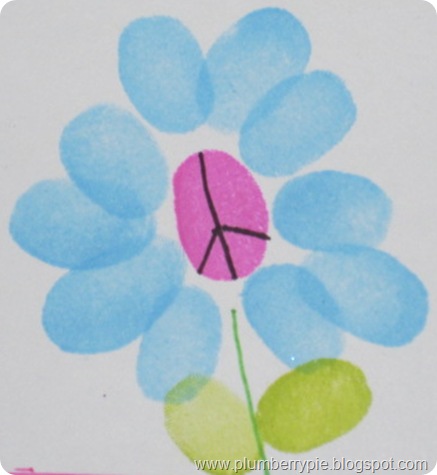 Some girls also made bookmarks.  The bookmarks were also available in 12 packs for a dollar.  They really got excited about the polka dot tape! 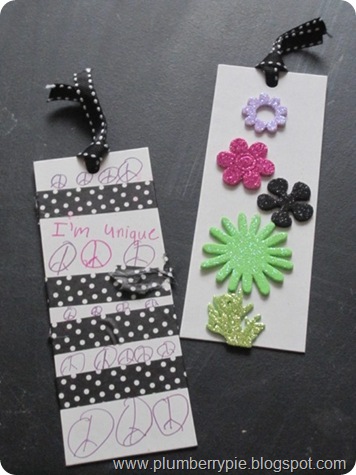 So here’s the part that made my head spin a bit, figuring out exactly how I wanted the mystery and clues to happen.  When Erin told me she wanted to do a Mystery Party, I knew exactly why.  Her and her friends had so much fun following clues to find the loot bag at her Hoedown last year, I think she wanted to repeat that fun.  So the challenge for me was to find a way to make this party different from the Hoedown.

After perusing some online Mystery Party packs that included a story along with characters and a “who done it” scenario, we opted to go a different route.  I decided to compile a bunch of ideas I found during my research.  Instead of just having a clue lead to another clue, I gave the girls eight missions (which worked out nice since she was turning eight, happened completely by accident).  After the completion of each mission, they would receive a clue, which was a single letter.  At the end of all their missions, they would then take all the collected letters and unscramble them to make a word.  That word would lead them to the “jewels”.

To kick off the missions, I read them a letter that I “found” when I was ripping out the carpet in the playroom.  It was a letter from the previous owner saying they left us jewels and clues to find them.  If you want the letter, feel free to email me and I will send it to you.

When you all make it through, I will give you your first clue. 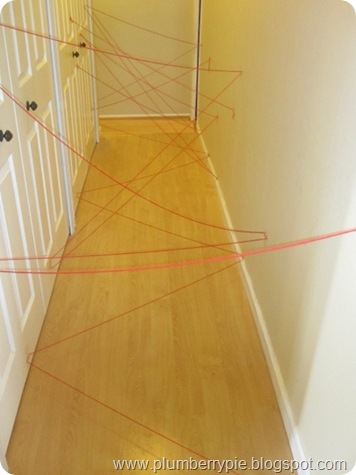 The goal was to get through the laser beams without touching them.  The girls got a kick out of this.  We weren’t hardcore about it.  If they touched a “laser beam” we told them to keep on going…no time to do a redo! 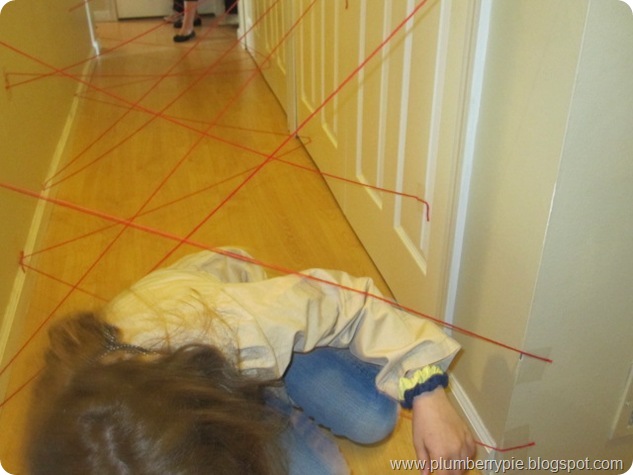 To stop the bomb, jump on top, And you will find the clue as they pop.

A couple things to keep in mind about this one.  A couple girls left the room because they didn’t like the noise, one jumped with both feet and rolled off landing on her bum and the possibility that you can’t find the piece of paper with the clue on it.

Luckily, we thought of that beforehand and I had an extra clue in my pocket in the case they couldn’t find it after popping the balloons.  Should they not find it, I would sneak the clue out of my pocket and drop it on the ground.  And that is exactly what happened!  So glad we had that back up plan.  It ended up two of the balloons were stuck in the garbage bag and we didn’t know it.  I put little folded pieces of paper in each balloon.  All of them were blank except one had the letter “R” on it.

At first you might not see it, Use a little science to reveal it.

The day before I used a Q-tip and lemon juice to write clues on manila file folders.  I tested this on regular paper and cardstock and it seemed the thicker, the better, so I cut up a bunch of file folders and those worked best.

To reveal the clue, the girls painted with 100% grape juice.  There is a chemical reaction that makes the picture show up.  One person had the clue “W” and the rest had pictures of peace signs, smiley faces, etc.  I recommend sponge paintbrushes because they get more coverage with less strokes.  We used both regular and sponge paintbrushes and the regular ones tended to oversaturate the picture and you could not see it as clearly. 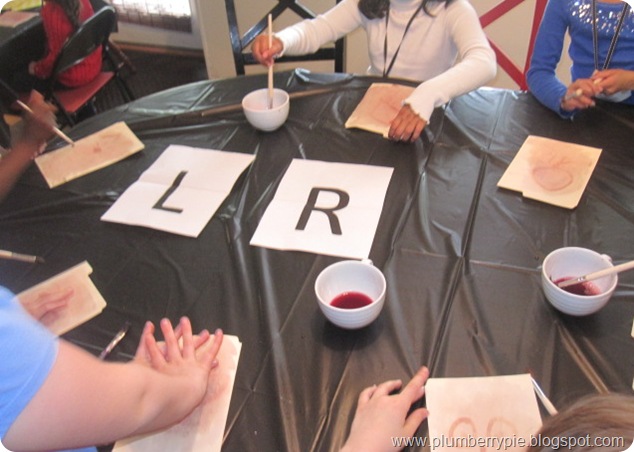 Have you ever seen such small print?  Use a magnifying glass, don’t squint.

For this one, I decided to just let the birthday girl have a chance to read tiny print with a magnifying glass.  It was funny because when I held up the piece of paper with the tiny clue on it, the girls couldn’t even see it.  So it made it all the more fun when Erin read it with the magnifying glass…a teeny, tiny “E”.

Each girl received a strip of paper with a note written in a backwards font. Then each girl took a turn in the mirror to read her special note.  The notes said things like, “You are a great friend,” “You’re cool,” “Hug your mom,” “Brush your teeth twice a day.”  As you can see above, the person with the clue’s paper said, “Yes, yes, it’s an S!”  We rigged it so the last person had that paper to give everyone a chance to read the paper.

For this one, you need to touch. Reach in the box, do not haste.

Each girl put her hand inside the box to figure out what the item was by touching it.  I thought this one was going to get spoiled quickly by the girls shouting out what it was, so at the last minute, I also turned this challenge into “the secret keeping” challenge so that the next person in line could still have the fun of putting her hand in the mystery box.  And to my surprise and delight, they stepped up to the challenge and kept the secret until each girl went.  I could not believe they actually did it!!

It was fantastic seeing the looks on their faces after they stuck their hands in the box.  It was that of a cringe, with a little comment of “ewww”.  Everyone quickly washed their hands.

What was in the box???  Spaghetti.  I think since I took it out first thing that morning, it made the spaghetti sweat a bit creating a watery, slimy effect – even better!!

Now that you’re done with that fun.  Go where all the cooking is done.

Time to smell.  I wish you well.

I think this was one of the girls’ favorites (and the laser beam challenge).  It was mine too.  I had nine different baby food flavors with a number on each container.  Each girl had a piece of paper with the numbers 1-9 on it.  They all had a turn to smell the baby food and fill in their guess on their sheets.  I bought two sets of baby food so that the party was divided in two, allowing everyone to do it at the same time.

Can you guess where the jewels were hidden? 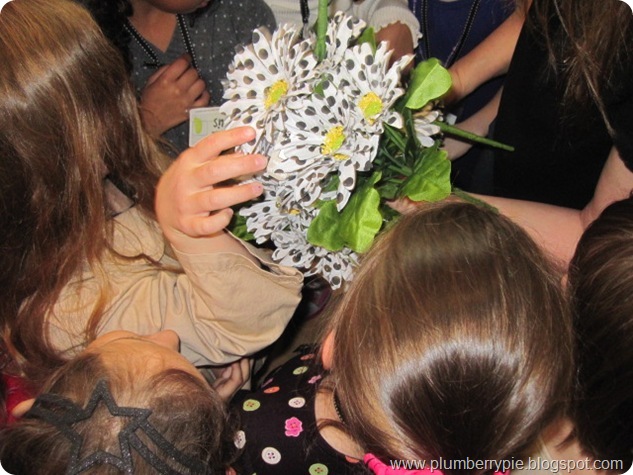 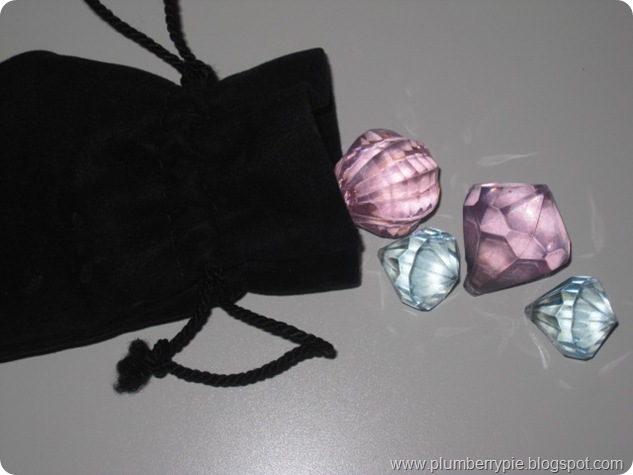 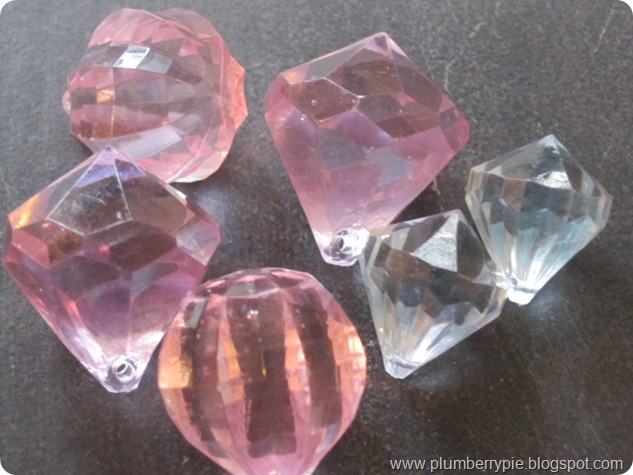 Instead of bags, I used manila envelopes to look like official Top Secret stuff. 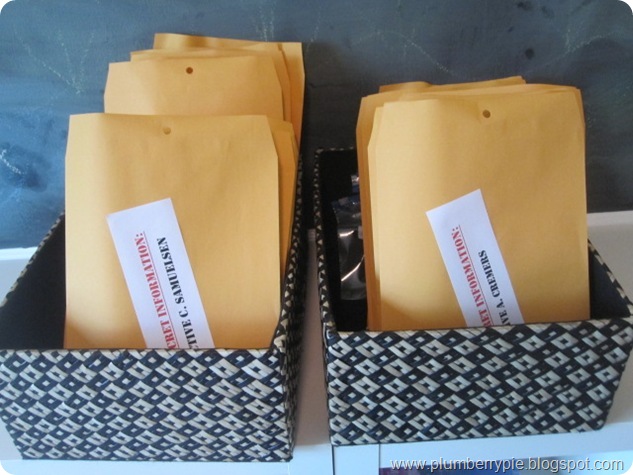 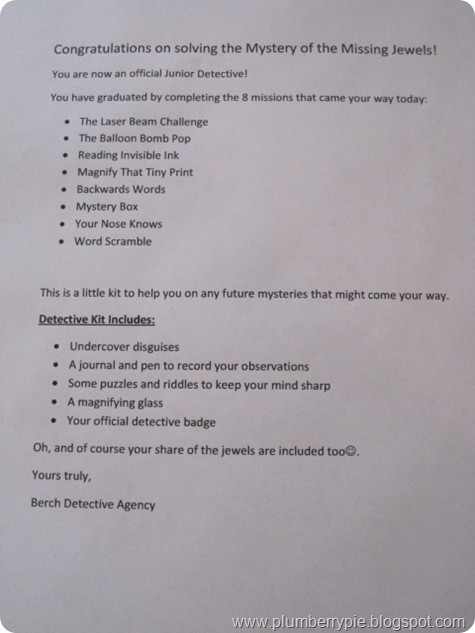 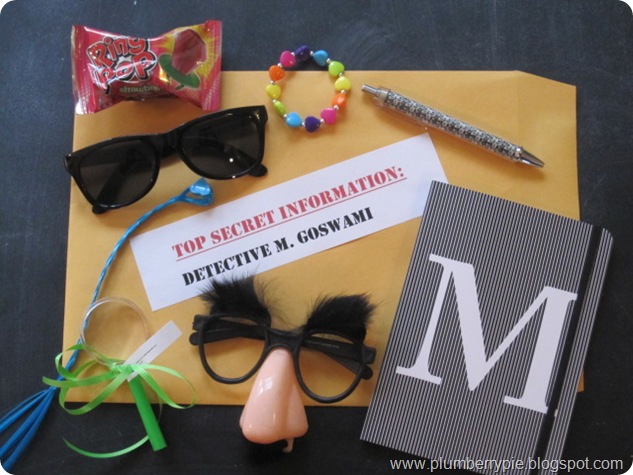 Attached to the magnifying glass was a note written in tiny print saying, “Thank you for celebrating with me! Love, Erin”

I got both the secret decoder and the maze free from Family Fun's website. 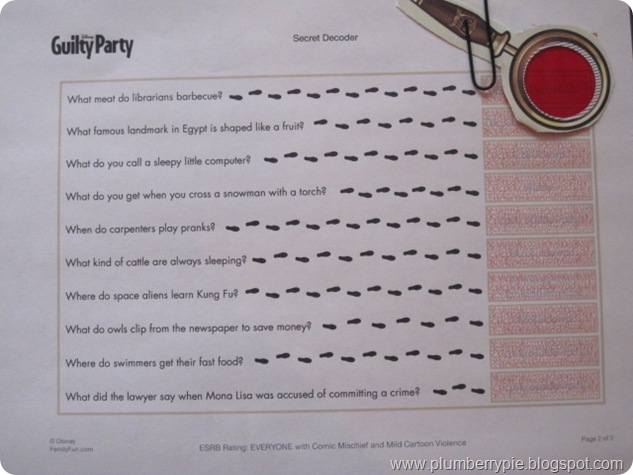 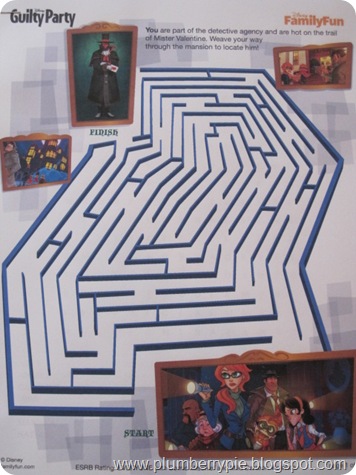 And I found this word search website from one of my friends.  She used it for both of her daughters’ birthdays.  The coolest thing about it is that you are able to choose the words you want in the word search to create your own and it’s FREE.  Super easy too!  So I did one word search with the name of each girl that attended and another word search with mystery words.

Go to Discovery Education's website to make your own word search. 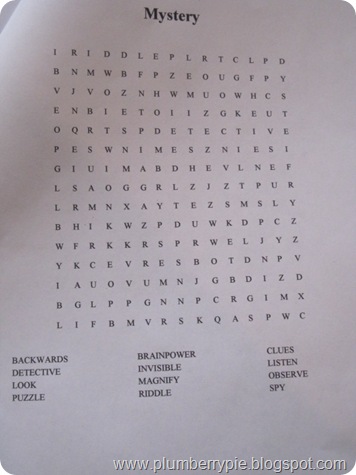 So that wraps up my little birthday party series!  If you missed any of them, click on the Party Ideas tab at the top of the page.  Hope this series has inspired you for your next party!

To see the invitation, decorations and cake from this party, go to Mystery Party:  Part 1.

To see where I found much of my inspiration, go to my  Mystery Party Pinboard on Pinterest.