Geez, it’s been over a year since I last updated you on project playroom. 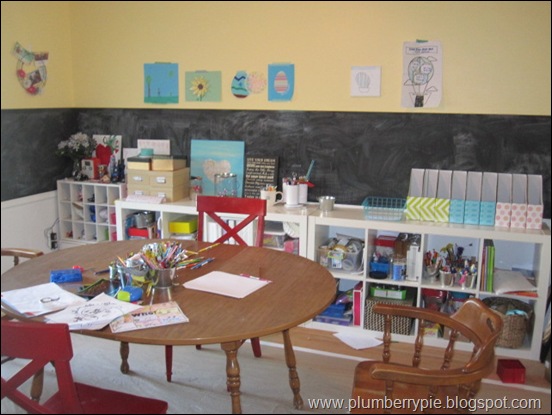 Since then, I ripped out the carpet, added a table, purged craft supplies and hung a couple things on the wall.  There used to be three of those IKEA Expedit cubbies, but I gave one of them a new home in the laundry room.  Not sure that I need a third one after all.  Time will tell.

Snagged this ABC artwork at Target over a year ago for four bucks! 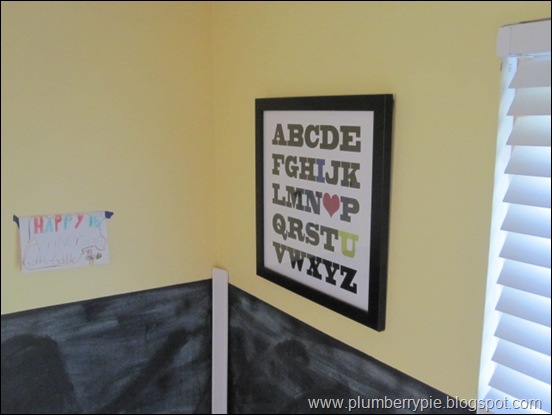 Found this wire wreath form when I was purging and thought it would work great as a photo display. 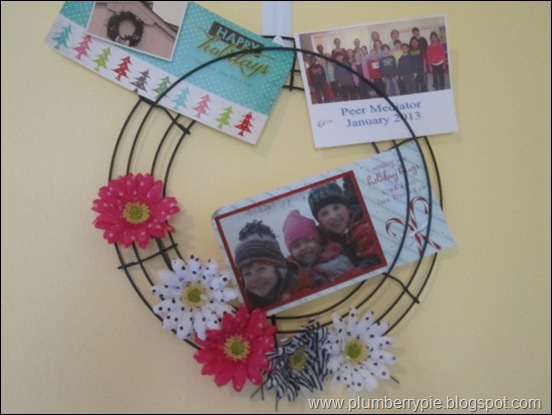 And the other day, my father-in-law hung this old school pencil sharpener for me. 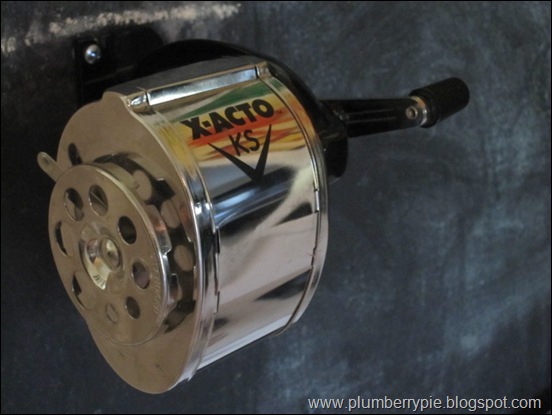 The gallery wall is very makeshift at this point, but I’ve got plans and hoping they will happen soon. 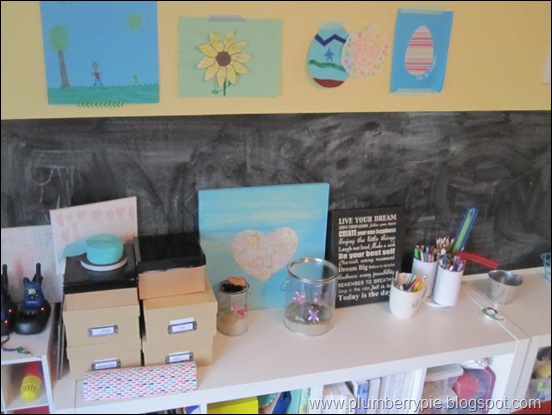 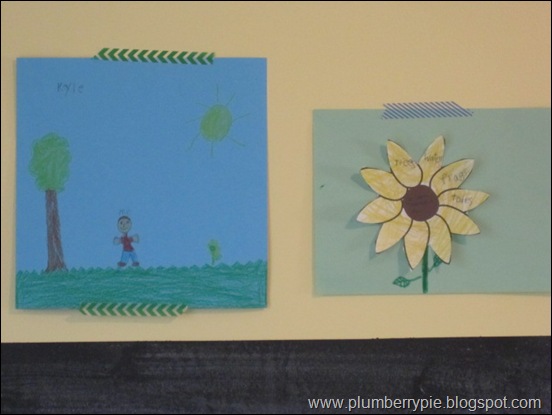 On another treasure hunt at my mom’s I found a stash of empty frames – jackpot!  Once my mom looks them over to decide which ones I can use, I’ll get going on making that gallery wall happen.

So the floors are down to the subfloor.  Now what?  Paint!  These babies are getting a paint job.  I’ve spent two years thinking about it and I think I’m finally to the point that I can go for it.  That crazy thing called everyday life kept getting in the way of my plans.

For a while, I went back and forth on whether to stain or paint because I actually like the way the floor looks as is. 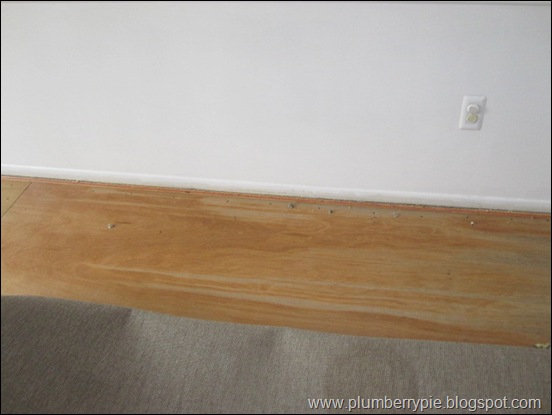 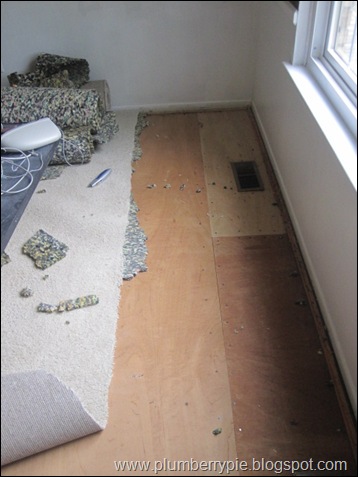 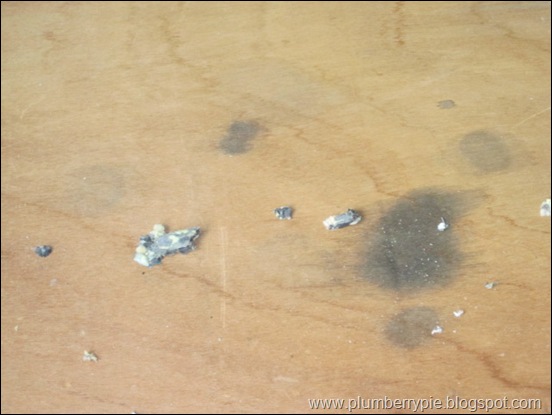 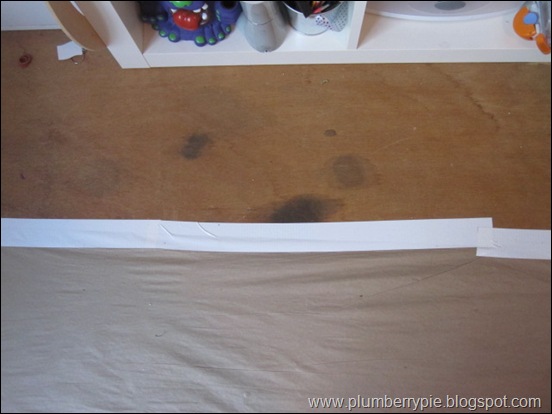 I’ve been told I could try to sand them out or use a special cleaner to get them out, but that sounds like extra work.

So painted floors it is.

Then there’s the issue of the space between the boards.  Don’t mind the look so much, but it’s the collection of dust and dirt that could cause me to do some wood filler, which I was trying to avoid.  We’ll see. 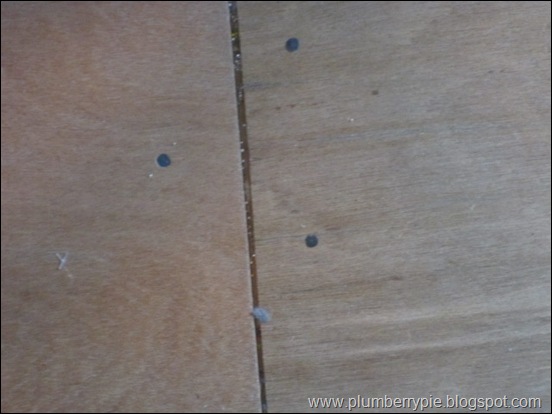 Still lots to do, but I feel the end coming near. 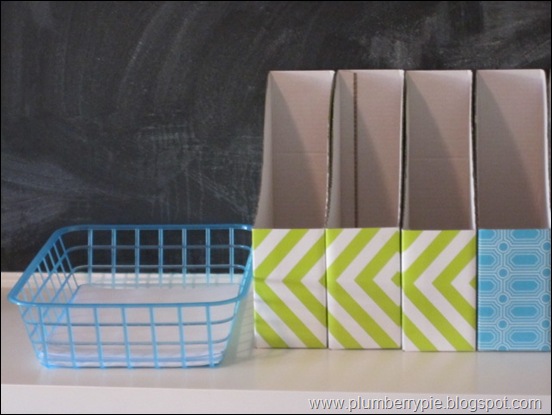 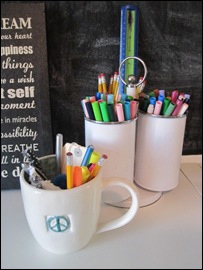 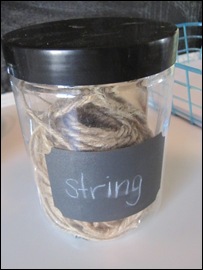 Slowly, but surely it’s getting there.  Maybe you’ll hear about it again in another year.

A very happy weekend to you!