One of my favorite tabs on anyone’s blog is their home tour.  I just love taking a peek at someone’s unique style and I am always looking for inspiration.  I’ve been wanting to incorporate that tab here, but haven’t quite gotten there yet.  Sarah at Thrifty Décor Chick is slowly getting me there though.  About a month or two ago, Sarah hosted a “show us your kitchen” linky party which got me to finally post our kitchen transformation.  And now she is doing a kid’s rooms linky party.  So let’s take a peek at my soon to be 11 year old’s room.

Last summer, while Jake was away at camp, I was inspired to do a mini-makeover of his room.  Really all we did was move his dressers into his closet and put IKEA Expedit shelves in its place.  It provides him with so much more storage space and also allows him to display his rock collection as well as giving a home to his frog and globe. 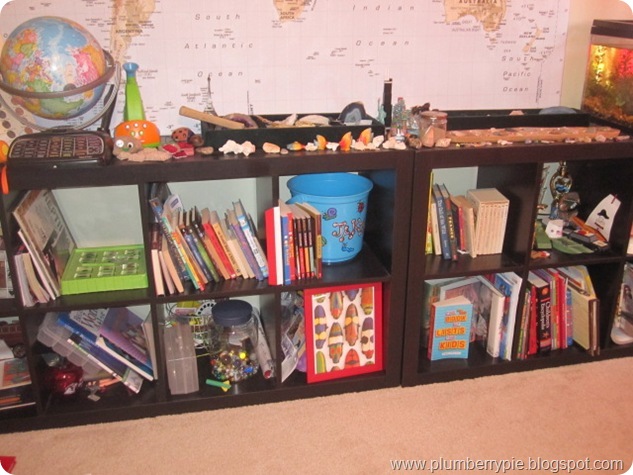 He does have an awesome rock collection! 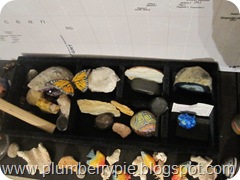 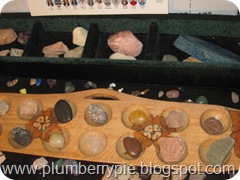 The shelves also let him display some of his creations like this marshmallow and toothpick fortress.  He was inspired by one of the little man’s kindergarten projects and brought it to a whole new level.  This kid comes up with stuff I would never even think of. 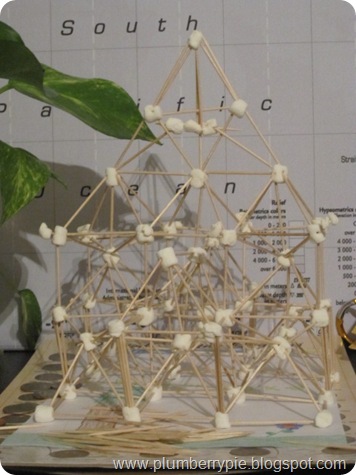 Jake got this mammoth wall map for his birthday last year (from IKEA) which is perfect for him.  He’s a total map guy…just like his dad. 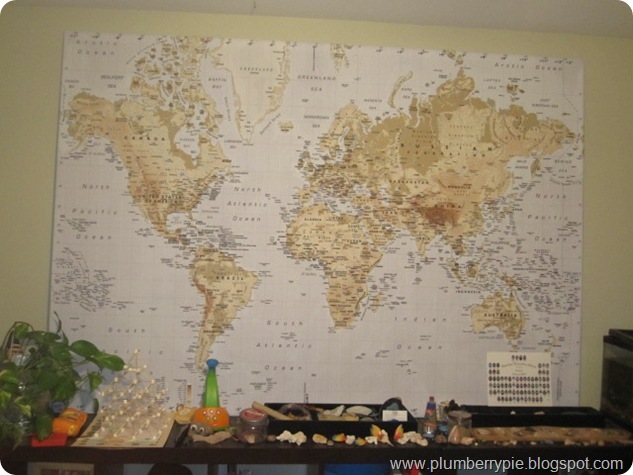 At one point, I thought about wallpapering his walls with maps, but this mural was so much easier. Did I mention I’m a lazy DIYer? We have tossed around the idea of putting a map up of each state we visit, but that hasn’t happened yet. 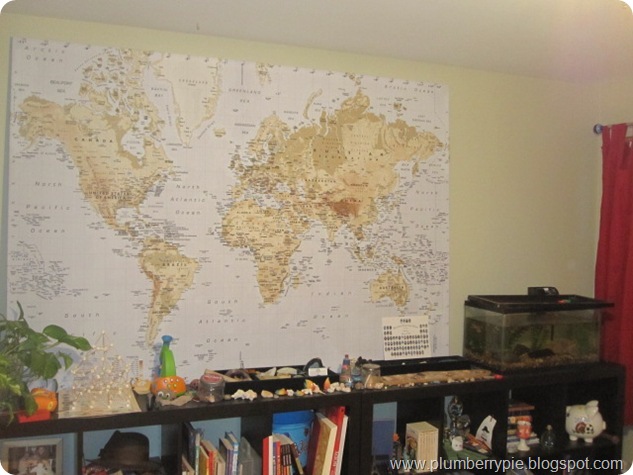 Jake is and always has been, a science, bug lovin kind of guy.  So you will find many science inspired things in his room.  We framed a few bug pictures from a fantastic bug calendar he received from his grandparents.  I couldn’t wait for the year to end so I could frame them up and get them on the wall. 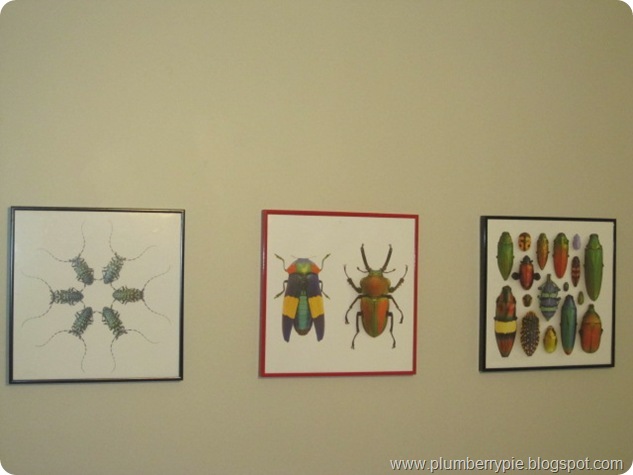 Even if you’re not a bug person, you’ve got to admit, these bug photos are pretty cool! 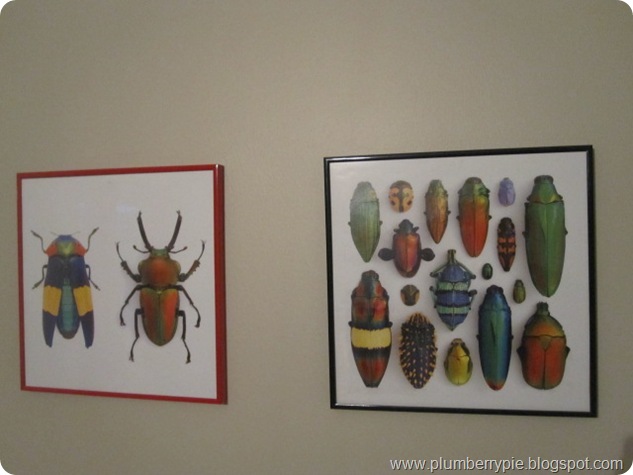 Of course we had to have some good old Fightin Irish on display too!

On his desk, we actually used a camping lantern as his lamp.  Gives a nice pop of his favorite color and adds some character. 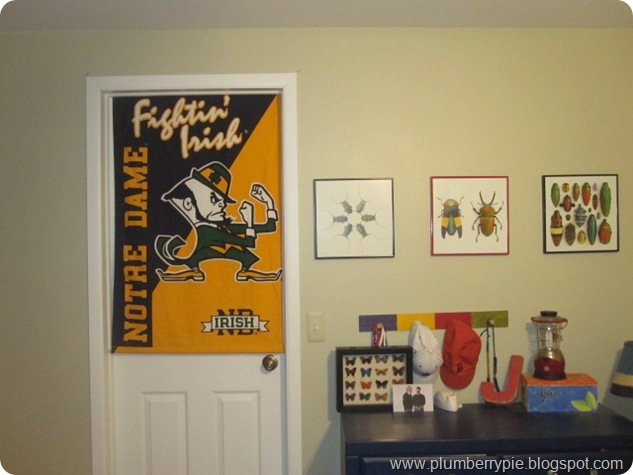 As much as Jake wanted me to paint his room red, I refused straight up!  Number one, I know red is one of the hardest colors to paint and number two, I much prefer to change out accessories as his tastes change.  Remember, lazy DIYer here, not fond of painting every time we have a change of heart.  Of course he says that his favorite color has never changed and never will, and it hasn’t, I still think pops of a color like red can be more powerful than all four walls.  I did, however, offer up a red stripe, but that didn’t do it for him. 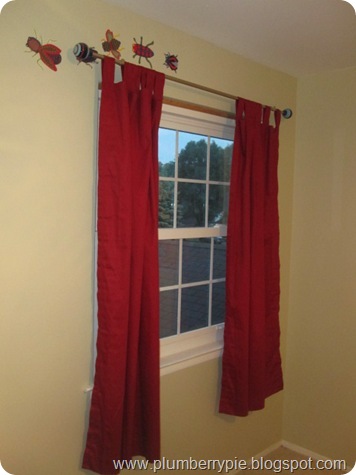 The color on his wall is called Camouflage by Benjamin Moore.  It works perfectly in here and really plays off red and blue so well.  I will tell you that I also painted this color in my kitchen when we first moved in and it did NOT work in there.  Amazing how lighting and cabinets can change the feel of a color completely.  Yep, my husband wasn’t very excited when I told him I wanted to repaint the kitchen, but so much better now.

His bedding is very simple – just a plain white comforter.  I do have a duvet for it, but it makes him too hot, so plain white it is.  I use his sheets to jazz it up a bit.  We are so jazzy over here

.  Sometimes his sheets are plaid, stripes or bugs.  Jazzy I tell ya! 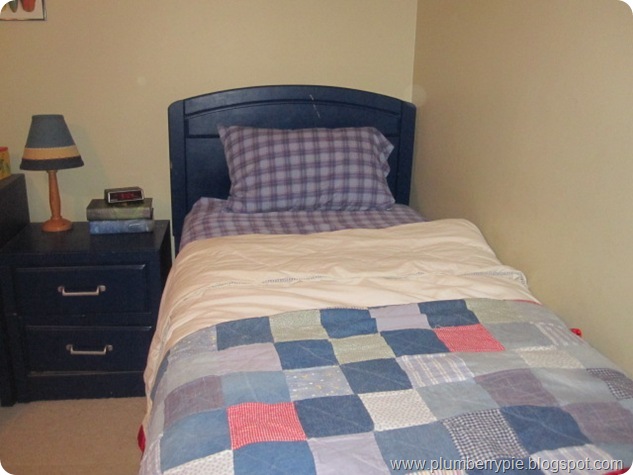 For a bit of color, I threw on a quilt my sister made for him out of some of my dad’s old shirts and some jeans she collected. 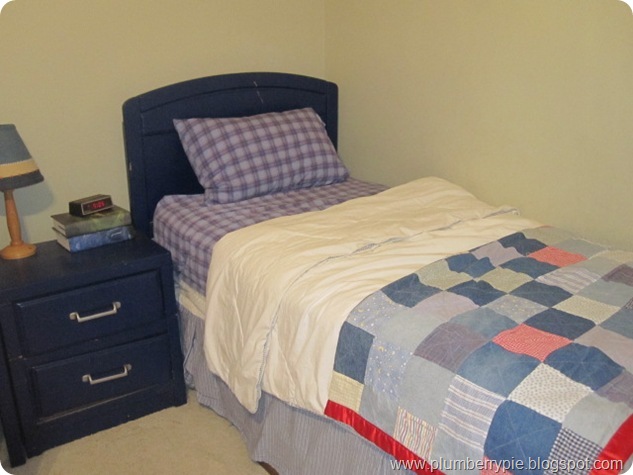 There are still a few things I want to do in here, but they are low on the to do list.